What Kind of Shul Am I? The Varieties of Messianic Jewish Congregational Expression (Part Two) 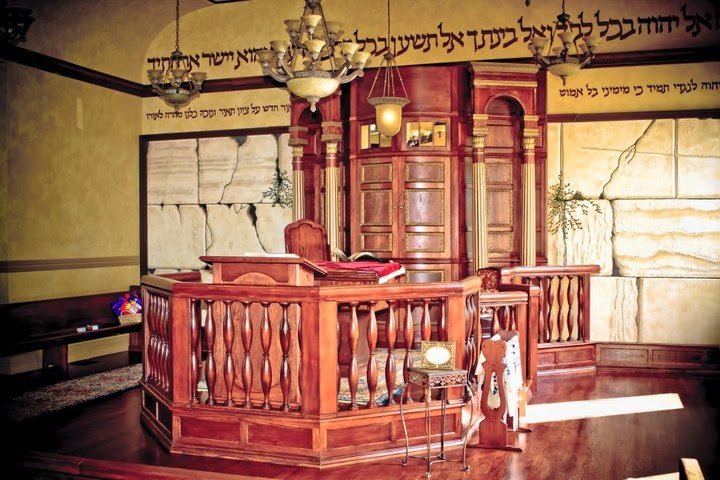 Following are the remainder of the congregational models I have identified which are now observable in and around the Messianic Jewish Movement.  See how many of these models you have encountered, and which ones do you think are good news and which bad news for the Messianic Jewish movement and for the Jewish people? To see the previous list, see here.

9. Mulligan Stew Congregations - These are Jewish style congregations where the communal life and services are a haphazard mixture of anything Jewish that happens to be lying around: blowing shofars, Star of David tambourines, Jewish music, everyone and anyone wearing a tallit, services with some Jewish prayers but without proper regard for for the proper order of services nor their depth.       They are Jewish-ish hodge podge services and create a strange breed of people who may be “nice” and even “godly” people, but who come across as weird to normal Jews.

10. B’nai First Baptist Church - This is what you find in the services of some Jewish missions. There are Jewish artitifacts of one kind or another, but the services is really a Church service in e-minor, with greetings at the beginning, a few prayers, maybe some special music before the sermon which is the centerpiece of the service, perhaps an offering, and even an invitation.

11. Tourist Centers - These are congregations which are visited by Christians who are members of churches, but who want a little or a lot of mint, dill, and cummin—Jewish spice in their spiritual lives, They are not really committed to the Messianic congregation they attend, and either may be rooted in their church homes, or may not be meaningfully committed to their churches either. In either case, messianic congregations that specialize in serving such people do not thereby gain real members, because such people are not committed and are likely not appropriate to the congregation anyway. Often, such people bring other tourists go look and listen too.

12. Jewish Roots Congregations - In the name of helping Christians discover their Jewish roots, these congregations specialize in marketing the alleged mystique and higher level of spiritual knowledge available through the Jewish perspective. I suspect that such congregations are often driven by a combination of financial considerations (there are so many Gentiles out there who are interested in Jewish roots, and too few Jews interested in Yeshua), naïve gnosticism (this is the secret truth that most Christians don’t know), and a tendency to dismiss the church as fundamentally contaminated and apostate because “They do not keep the Law, “ and/or, “They don’t celebrate the Feasts.” The point such people do not catch is that the church is not supposed to “celebrate the Feasts” or “keep the Law, “ because these are the patrimony of Israel. That the Church does not keep these things absolutely does not and cannot mark the church as apostate, and this kind of sectarian rhetoric not only should not be countenanced, it is in fact deplorable. The Apostle to the Gentiles, Saul of Tarsus, says that the Jews have certain advantages, and among them he says, “They are Israelites, and to them belong the adoption, the glory, the covenants, the giving of the law, the worship, and the promises” (Romans 9:4-5).

13. Koinonitis Congregations - The Greek word koinonia means “fellowship” or "parntership," and whoc could complain!  This is not bad!  But koinonia/fellowship/partnership is one thing and Koinonitis is another, because the latter condition describes congregations  that exist primarily for the relationships shared among the members of the congregation to the exclusion of any responsiblity to those outside of the congregation.  There is no real sense of “mission” (shlichut), of being sent and being responsible for reaching or influencing a particular people. Instead, members of the congregation are happy each week to dance, eat, worship, and hang out together. And the purpose of the congregation is limited to keeping this “good thing” going. And I imagine many reading this have seen koinonitis in action . By the way, the term was invented by C. Peter Wagner, who used the term in teaching about church growth.

14. Mission Stations – These are meeting places where Bible studies and services of one kind or another are conducted, but one wonders if these “congregations” are are congregations at all since their leaders are salaried by mission organizations that also set the policy of the meetings. The members of such congregations have little if any decision making power, and in fact represent a target audience sometimes extolled as emblems of success to the mission’s mailing list.

15. Jewish Messianic Synagogues - In such congregations, one seeks to preserve every possible scrap of continuity with the wider Jewish world and to help Jews and their children to grow as Jews. Such congregations see the Jewish community as their primary community of reference. In this regard, they seek to develop not a Jewish version of Christianity, but a Judaism that accords to Yeshua his proper place and honor. Among the convictions driving such a group: Their calling from God is to obey Him in Jewish ways, just as did the early Jewish Yeshua believers. As part of the Remnant of Israel, members view it as their responsibility to be a seed, a sign, a demonstration and a catalyst of God’s consummating purposes for Israel, forming credible Jewish communities which honor Yeshua as Messiah.

Rather than looking to be credible to visiting Christians, they seek rather to be credible communities to Jews, while honoring Yeshua as Messiah. (This is the issue of community of reference). They are convinced that it is by being part of the Jewish community, living Jewish lives, that they serve as the living link between the Church from among the Nations and the Commonwealth of Israel. Together with Gentile Christians living faithful lives in the Church world, living faithful lives in the Jewish world, they constitute the true One New Man, a differentiated unity.

The One New Man is not something that is supposed to happen on the local level. Does anyone believe that a Korean Church is unbiblical until it has Jewish members as a manifestation of the One New Man? Neither should we imagine that a Messianic Jewish congregation must have Gentiles to embody or honor the One New Man of which Paul speaks in Ephesians chapter two. In fact, it is only as Jewish believers in Yeshua live as Jewish communities, honoring God in the context of Jewish life, and as Gentile Christians live in Church communities, faithful to God in their context, all living in brotherly fellowship with each other, that we together constitute One New Man, an evidence of God’s reconciling those who are and who remain essentially different. Such congregations will not and should not all be “orthodox.” Some will feel more like a Conservative, Reconstructionist, or Reform Jewish congregation. But ALL should feel like Jewish space, authentically in harmony with what Jews experience in the wider Jewish world.

The question remains, “What about the Gentiles in our congregations? Can there be any place for them?” It depends what the purpose of the particular congregation is and how those Gentiles fit in with that purpose, or not. When a Jew comes to a Messianic congregation, unless he is an axe murderer or disrruptor in some sense, he is welcome  and hs presecne helps to establish the congregation as Jewish space. But Gentiles are different: they must earn their right to be there because their presence does not in itself make an implicit point that Yeshua is indeed the Messiah of Israel, and that Jews can and do beleive in him. The bottom line is that a Gentiles in a Messianic Jewish congregation should be there to serve God's purposes for the congregation rather than simply to have their own needs met, or, God forbid, their demands accommodated.

When it comes to God's purpose for the Messianic Jewish Movement and therefore the puroose for Messianic Jewish Congregations, I believe that the MJ Movement was raised up by God to be seed, a sign, a demonstration and catalyst of God’s consummating purposes for Israel, which includes preserving and promoting all of the following which are found in Ezekiel 37:21-28:

16. Synagogues in the Wider Jewish World. There are some Messianic Jews who attend synagogues in the wider Jewish world and are known as such by the leaders of such congregations. This is a rare and highly controversial practice that must be handled delicately. In general, the practice is forbidden by Jewish denominational and professional agencies, and many in the evangelical world would categorically dismiss such a practice as a betrayal at worst, or compromises at best of the Messianic Jews’ responsibilities and identity. However, the practice is so rare and exceptional that it fails to supply a sufficient pool of data from which to draw conclusions. When such Messianic Jews in question behave respectfully and show themselves to be knowledgeable about Jewish life, at the very least such behavior disproves many of the dismissive and alarmist stereotypes that people harbor about us.

9 comments on “What Kind of Shul Am I? The Varieties of Messianic Jewish Congregational Expression (Part Two)”

Previous Post
« What Kind of Shul Am I? The Varieties of Messianic Jewish Congregational Expression (Part One)

Next Post
Some Thoughts on Reaching Seventy, Looking Onward »