See What I Mean Sundays: What Kind of Tomorrow Awaits Us? 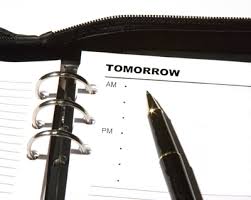 I am finishing a book with the tentative title, Converging Destinies: Jews, Christians, and the Mission of God.  I will not be addressing the Muslim world, or other world religions, as this is beyond my expertise.  After examining six ways the Jewish and Christian worlds have thought of their relationship with each other, I will then describe the model I favor, which I term “the converging model.” This model posits a divinely ordained distinction between the Christian and Jewish historical streams within an underlying unity. In this model, regarding the past, the Church and Israel are seen as one great people currently living in a state of schism destined to be healed. The model names the final consummation as a time of ultimate convergence for Israel and the Church, calling both to align thinking and doing now with this converging destiny. In the Interfaithfulness Vision Statement, we refer to this in these terms: “Exploring the synergy between Judaism and Christianity, partnership between Christians and Jews, and the relationship between God’s tomorrow and hour today.”

Unlike other models that have preceded this, this is not a coalescing model where Israel and the Church merge with a resultant loss of distinctives.  Neither the Church nor the Jewish people swallow up the other! It is not the typical two covenant model either. The model goes beyond other models, being more inexplicit in how the Church and Israel ought to link their thought and action to each other and to the mission of God, that is, what God is up to in the world.

Here are some other aspects of this model:

Four terms are helpful in understanding this model’s richness.  The first, borrowed from R. Kendall Soulen, is complementarity. The second is convergence, which both contemplates a converging consummation and advocates conforming present action and transforming thinking to the a vision of that consummation which, while partial and distorted, becomes clearer as it draws nearer. The third term is interfaithulness. The term interfaithfulness captures the both-and nature of the paradigm: yes, two faith communities (Christian and Jewish) living together, but in a manner which deepens and demands greater faithfulness from all parties rather than compromising it.[2]

The final term captures the imagination as to the outcome of all of this: synerjoy, a neologism based on the term synergy.   Ray French and his co-authors define synergy as “the creation of a whole that is greater than the sum of its parts,”[3] while Barb Rentenbach reminds us how “a designed beauty of synergy is that it serves only to add, never subtract.”[4] Etymologically, “synergy” means working together, but the connotations of the term are unrelievedly positive. In context of the missions of God, of Israel and the nations, this is a consummational synergy leading toward consummate fullness of joy for the entire cosmos, hence, synerjoy.

In my book I will seek to outline this synerjoy destination toward which we strive, and the synerjoy process, the roles to be played and the paths to be taken by Israel and the church along the way, that is the respective missions of each community under the mission of God.  I am reminded of Robert Frost’s poem which speaks of two paths diverging in a wood, while in this model the two paths converge. But this model agrees with the poet’s insight, when he states, “I took the one (the path) less traveled by, and that has made all the difference.”[5] So will it make all the difference if Church and Israel will learn to walk different paths than those to which they have grown accustomed, converging paths, in interactive instructive partnership with each other on route to their final destination.

Next Post
Messiah Mondays: The Jew Named Jesus - Discover the Man and His Message »