Passover, the Eucharist, and a More Jewish Jesus 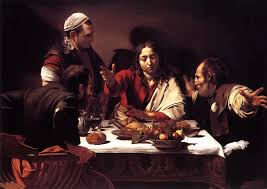 Two rabbis recently wrote an opinion piece in Christianity Today stating that Yeshua and his disciples did not observe a seder, and that Christians insult Judaism when they incorporate the Passover meal into their own worship gatherings. You may read their article here.

But below is my response to this article. If you read the article, you may appreciate my response!

In their second paragraph, the rabbis characterize Jesus’ Last Supper and the first Passover meal as “launch events,” adding that each inaugurates a new (and distinct, or even separate) religious civilization. However, if maintained, this viewpoint will cause us to misinterpret the scriptural record, something the readers of Christianity Today would by all means wish to avoid, while perpetuating an intercommunal tension which Rabbis Poupko and Sandmel themselves seek to prevent.

Viewing the Last Supper and the first Passover meal as launching distinct religious civilizations retrojects into the scriptural record later intercommunal tensions alien to the text and its time. Yeshua (Jesus) and his disciples considered themselves very much within the Jewish world. Gentiles are not even in their purview at the Last Supper. This is no new faith community. Rather, they see themselves utterly in continuity with and within the Jewish world for whom the Messiah is the ultimate vindicating and validating hero. He is not Door Number Two for another faith community. Neither is he, his disciples, nor the gospel record presenting faith in him as an exit from Jewish communal membership and loyalty. Were we to drop into this Last Supper to discuss with the participants their launching of a new religious civilization we would surely elicit stares of incomprehension.

While it is true that most of Christian theologizing sees the Eucharist as having replaced the Jewish Passover seder, or in the first century, Passover meal, this was not the understanding of Jesus and his disciples. Not at all. While the Eucharist should rightly be seen as in some manner connected to its precedent in Yeshua’s Last Supper, and thus to the Passover which he was celebrating with his disciples, this must be conceived along the lines of Yeshua’s dual identity as the Messiah of Israel observing Passover, and also the Lord of the Church from among the nations. The issue of replacement is an error of Christian history due to supersessionist theologizing, which should not be seen as normative but as unfortunate, something to be overcome, and increasingly contested.

As for the roots of the Eucharist in the practice of Yeshua and his disciples, prior to supersessionist incursions and its relationship to the Passover meal, consider Acts 20 where we find Paul, the Apostle to the Gentiles, still living as a Jew. Here he and his entourage interrupted their travel plans so as not to sail away from Philippi until after “the days of unleavened bread” (Acts 20:6).  Then, upon arrival in Troas, after the days of unleavened bread, Paul shares a havdalah (Sabbath ending) meal with disciples in Troas, after dark on Saturday, and thus on the first day of the week by Jewish reckoning. At this time he breaks bread in a Eucharistic sense, but these two realities, the Passover meal, and the Eucharist, are distinct in the narrative and in his practice and thought.  He maintains Passover rituals as a Jew, and he also celebrates the Messiah with bread and wine as a Yeshua believer with other Yeshua believers Jew and Gentile, but each within its own religious and ritual context, without abandoning one for the other, and certainly without the Eucharistic observance extinguishing Passover, making it outmoded. There is no replacement here. Rather what is found is a complementary relationship, coordinate in the same Messianic Redeemer.

While membership in the people of God is extended to Gentiles through the Messiah, they do not thereby become Jews, nor does their communal expression eclipse that of Israel. As Paul will tell the Ephesian Gentile Christians, they were at one time “without hope and without God in the world, strangers to the covenants of promise, aliens from the commonwealth of Israel.”  In Paul’s thinking the Jewish people are the foundational people of God, not the former people of God.

Rabbis Poupko and Sandmel are correct in their criticism of Christian practice when and where it treats the Eucharist as “the true meaning” of the Seder, thus showing disrespect for the Exodus Passover and the Jewish historical experience. The true meaning of the Passover meal is that it commemorates the deliverance of the Jewish people from Egyptian bondage, leading them onward in their historical experience to Sinai and beyond.

However, when Christians use the Passover meal as a model and metaphor for the atoning death of Yeshua/Jesus, they are not illegitimate so long as they do not wrongly presume that the latter extinguishes or surpasses the former. As in the practice of Paul himself, BOTH are to be preserved and both are significant in what each betokens—redemptive acts by the same God, the God of Israel.

Rabbis Poupko and Sandmel are overstating their case due to their presupposition that Jesus, his disciples, and the record of the Last Supper are all striving to distance themselves from Jewish life, expectation and community. Although they mean well, they misread the evidence here. However, we can and should respect and heed their appeal to not see Jesus’s references to the redemption he provided as the real meaning of Passover, superseding the Jewish experience and rendering it passé. The Eucharist should not be presented as trumping the Jewish Passover. We should also heed their appeal to not naively imagine Jesus and the disciples celebrating a seder as we have come to know it according to later historical developments. Indeed, for Jesus and the apostles Passover was fundamentally about the deliverance from Egypt, a deliverance which is then used as a metaphor for the deliverance Yeshua accomplished in His death and resurrection.  But applying the Exodus as a metaphor for the deliverance Yeshua accomplished is no more a sign of disrespect to its original referent than African Americans calling Harriet Tubman the Black Moses, or referring to coming out of slavery as crossing the Jordan should be seen as Black Americans disrespecting the Jewish national experience. Yeshua relates his redemptive acts to the Passover without extinguishing or diminishing their primary referent. And he does so as a Jew, in celebration with other Jews.

Furthermore. is it not erroneous to retroject contemporary assumptions of the categorical un-Jewish otherness of Yeshua-faith onto the founding texts of the Yeshua movement?  Just as we need to hear the Exodus event on its own terms, we also need to hear the gospel accounts of Jesus and his disciples within their context, presided over by a Messiah who said, “I have come only for the lost sheep of the House of Israel,” which deliverance would then be extended to the other nations of the world, according to prophetic expectation, as for example, of the Root of Jesse standing as an ensign for the peoples (Isaiah 11). But to present Jesus and his disciples as in the business of stepping away from Judaism to establish a new franchise says more about our assumptions than theirs.

It seems that Rabbis Poupko and Sandmel imagine a “You go to your church and I’ll go to mine” approach as the pathway to greater respect and equity between Jews and Christians. This is almost surely in error, because it is a recipe for further distancing, or at least keeping one’s distance in an atmosphere of distrust. On the contrary, I, and many Messianic Jews with me, advocate for a more Jewish Jesus as the meeting ground between two communities currently living in a state of schism destined to be healed.  This is a Jesus who upholds Jewish community structures, Jewish values, Jewish customs, and halakhic living. He is the One who said “the Soferim/Scribes and Perushim/Pharisees sit on Moses’ seat; therefore do whatever they tell you to do,” and who went on to say that even the tithing of mint, dill and cumin was a good thing, provided one did not lose sight of the priority of justice, mercy and faith.  This is a perspective on Jesus foreign to the majority of Jews and most Christians. However, it needs to be recovered. Speaking in his own context, Paul said, “He (Jesus) is himself is our peace,” because this more Jewish Jesus is the basis for a respect and understanding between Christians and Jews which all of us have long been seeking.

That's how we see things at Interfaithfulness, where we remind ourselves and everyone else that "intimate friends should not be strangers."

Next Post
Say "Hello" to our New Brochure - What Do You Think? »