Intermarriage and Faith in Jesus: Is it Good For the Jews? 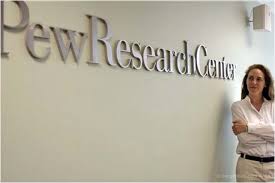 The recent Pew Research Center Survey of U.S. Jews provides ample grist for the mill of discussion about intermarriage and interfaith issues. We all know that we live in a changing world. But few of us have noticed how much it has already changed.

Take for example what the Pew Study reports about what today's Jews view to be compatible with Jewish identity. Here is a brief quote:

In general, Jews express fairly broad views of what is and isn’t compatible with being Jewish — majorities across all age and educational subgroups and in all major religious groupings say people can be Jewish if they work on the Sabbath, are strongly critical of Israel and even if they don’t believe in God.

The only clear no-no, though, is believing Jesus was the Messiah, which clear majorities of most subgroups say is incompatible with being Jewish; even so, about a third (34%) of Jews say a person can be Jewish even if he or she believes Jesus was the Messiah. (Our researchers didn’t include so-called “Messianic Jews,” as part of the main survey population; they were considered people of Jewish background or Jewish affinity.)

For people familiar with discussion on such matters, the first paragraph quoted says nothing especially new, although it would have come as a shock to our great grand parents.  However the second paragraph should astound you.  The polling demonstrated that belief in Jesus is still a hot button issue, with most Jews regarding this to be out of bounds even when atheism, criticism of Israel and sabbath breaking are regarded as in bounds. But the astounding factoid is this: that 34 percent of Jews view belief in Jesus as Messiah to be compatible with Jewish loyalties.

This is a new world.

Notice as well that the polling sample excluded Messianic Jews. This means that of non-Messianic Jews, one in three views belief in Jesus as Messiah to be compatible with Jewish loyalties.

To say the least, this is an attention-getter for those of us who believe that Yeshua rightly understood is good news for the Jews.

But this is also potentially good news for intermarried couples, because when rightly understood, Yeshua is the common ground upon which Jewish and Christian Gentile partners and their families can build a lives together of mutual respect, mutual growth, and mutual joy.

Jews have a right to protect themselves and their children from an unJewish Jesus, seen as the leader and icon of those who killed us, exiling us from their countries, and blamed us for the death of their God. Jews have a right to defend themselves and their children against Jesus and his followers who entice, cajole, deceive, or force Jews to forsake Jewish community and covenantal life for the lentil stew of alleged Christian privilege.

But rightly understood, Yeshua is good news for the Jews. He is the executor and guarantor of the fulfillment of all of God's promises to our people. His claims and context are entirely Jewish, being ratifications of Jewish life and promises, and not their abolition. And when rightly understood he is the transformative common ground upon which Jews and Christians can find a level of shalom--well being and wholeness--for which all of long been waiting.

2 comments on “Intermarriage and Faith in Jesus: Is it Good For the Jews?”

Previous Post
« Offering Religion to a Secularizing and Intermarrying Public: A Hopeless Cause?

Next Post
Let's Not Get Strange About Christmas, Shall We? »