A Book Review - If I'm Jewish and You're Christian, What Are the Kids? [Part Two] 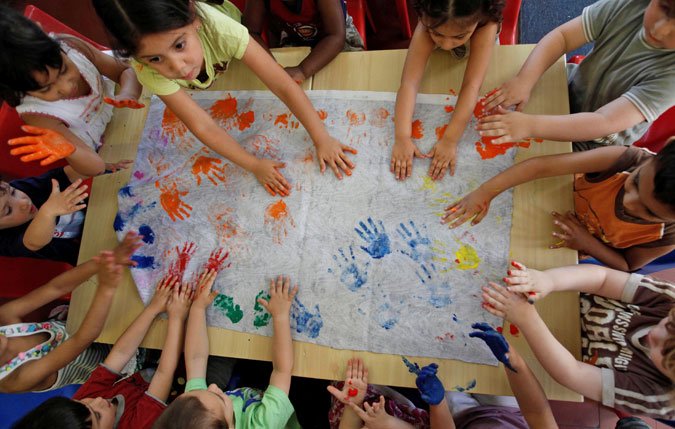 This blog post supplements the previous one which covered the first half of this book.  Here is the second half.  Anyone who knows anyone in a Jewish/Christian intermarriage would benefit from reading and thinking about both reviews and the related book because, even though interfaith couples often ignore or minimize the difficulties they may encounter, such difficulties usually cannot be avoided and can be quite disruptive,

And now to the second half of the book.

By adolescence and the teen-age years [Chapter Six], questions of religious identity become more pressing. In their adolescent differentiation, some children will reject the faith in which they were raised, only to return to it as home base later in life provided they were given a stable experience to start with. Children raised in a two-faith family, who don’t want to hurt the feelings of relatives of one faith or the other, find themselves caught in between, unable to feely choose which direction to go.  Some will embrace another faith altogether during these years. Native temperament has a lot to do with how children will respond at this stage, and Hannah, the Grayson’s teen age daughter, is angry that her parents left her and her siblings so in the dark on such matters, so that now she finds herself to be “nothing,” angry, and in search of a religious home town to which her parents never led her.

Chapter Seven, “The Empty Nest—After the Children Leave Home,” considers how life changes if at all for the couple after the children are gone. It also explores what role the interfaith couple expects to play in their children’s ritual lives after they children become visitors to the home, not those who sleep under its roof. The big issue: how will live be different now? We see the controlling character of Mr Cohen here, always more comfortable in Jewish space. He is threatened by the prospect of his wife returning to church now that the children are gone. In fact, he even protests her going to church after his death.  Although she is not a convert, he expects her to remain an iconic Jewish mother. All of this from a husband who is not religious himself, who wants Jewish identity without the burdens of communal involvement. As for the Graysons, their fondest wish is to remain conveniently non sectarian.

In the case of the Cohens, the Jewish grandparents were happy the home was Jewish, and negative about Christianity in general, and certainly about Christianity touching their grandchildren.  This is not an exaggeration of attitudes widely represented in the Jewish community. Kathy Cohen’s parents, while opposed to her marrying Sam, proved to be supportive of the family and grandchildren, while some other relatives remained disturbed that Kathy had married a Jew.  Here we touch upon the strain of bias that mars this book. Andrea King generally projects a negative portrait of Christians and Christianity, failing to counterbalance or challenge the negative attitudes and responses she chronicles. She also states monolithically that couples or individuals who choose Christian identity are choosing the easier path to social acceptance than those who choose Jewish identity. This viewpoint contributes nothing positive to the discussion, and is of questionable veracity when broadly stated. At best, it may be locally, but not universally true. Her portrayal of Christians is at best unenthusiastic, and at worst, negative and rejectionist. Certainly it is unbalanced.

When it comes to grandparents, holiday times are especially tricky and crucial for interfaith couples. Grandparents want their grandchildren with them at holiday times, and often use these times to try and reinforce these children’s loyalty to the grandparents’ tradition and religion. Grandparents can also be testy about getting equal time in comparison to the other set of grandparents. In short, holiday times are often a no-win situation for interfaith couples. On the one hand their parents test the boundaries, and on the other hand, someone always seems to feel hurt and neglected. Meanwhile, the grandchildren are caught in the middle, not wanting to disappoint anyone, but feeling they cannot win.

Chapter Nine examines end of life issues, where partners will be buried, whether they can be buried together, what kind of services will be held at the time of their death, end of life medical interventions, organ transplants, cremation versus burial, all issues that are complicated by having both Christian and Jewish family members.

Chapter Ten wisely examines the problems that arise when things don’t go as planned, such as in cases of divorce, and divorce and remarriage. What religion will the children be raised in by the custodial parent? Will this be according to the preference of the non-custodial parent? What of joint custody?  What happens when one, or the other, or both parents remarry to form homes where the religion is different from the one their child was formerly raised in?  Sounds messy, doesn’t it?  It is.

And what happens with an unexpected death? In what tradition will the suddenly deceased spouse be buried?  How is the other-religion spouse to know what to do? How will the children be raised if the deceased was the chief custodian of the religion in which they had been raised up until his/her death?  What mourning rituals if any will support the surviving family members? And what of the death of a child? What religious rituals will prevail at the time of their burial?  All of these are complicated, crucial, and difficult matters.

Chapter Eleven takes a last look at the Cohens and Graysons, examining how thee two families evaluate their decision about how to raise their children, whether they have any regrets and how the children have been affected by their parents’ decisions about their interfaith family parenting. King contends that the Cohens, and people like them, are likely to have children with a strong moral sense and sense of identity. The non-Jewish spouse of such a family is likely to be positive about Judaism. While Kathy does not choose to convert, she leaves the option open, and at any rate, after many year of ordering her life around the Jewish calendar and the rhythms of Jewish life, feels very close to this people and religion. What helps her in this area is how the Jewish community has changed from its negative attitudes toward non-Jewish and also the fact that the Cohen’s had chosen a good and accepting Temple.

The two-religions Graysons practiced a form of religions minimalism, entering into the calendrical celebrations of Judaism without going any deeper. As a result, their oldest child feels cheated, and the middle child has subjective and questionable ethics. However, since Keith and Sari have always felt that choice of religion is entirely up to the children, they fail to hold themselves responsible for how they have failed their children while going easy on themselves. But the reader of this volume is not so self-deceived.

The volume ends with some final thoughts by way of summary and updating about Andrea Kinig’s own family. And on pages 141-142 she makes clear certain attitudes and assumptions which form the basis for my attributing disappointing bias to this otherwise perceptive and disciplined book. She chronicles a negative and stereotypical view of Christianity as underplaying the importance of action [which Judaism affirms], instead stressing beliefs. She sees Christianity as other-worldy in contrast to a this-world practical righteousness of a committed Jewish community. She sees Judaism as, by contrast,  life-oriented, concerned with tikkum olam [“repair of a broken world"], tzedakkah [financial support of the needy], and mitzvah living [living a life ordered by God’s commands]. She even closes the book by responding to the despairing issue raised by Hannah: “Hannah Grayson might say that by chosing Judaism as our family faith, we have provided Nathan [the Kings’ son] with a religious hometown that he can call his own."

Aside from this serious criticism, this book is excellent for surfacing and defining many of the problems an interfaith couple is likely to face.  Those who are wise should purchase it, bearing in mind the caveat I offer as to its bias. And as will become apparent to any who continue to read Interfaithfulness blog posts, I believe that it is possible, desirable, and right that all people, not just interfaith couples, consider how a right view of Yeshua and of the early faith[-communities gathered around him models and makes possible relationships where both Judaism and Yeshua-faith are affirmed, valued, and embraced.

Previous Post
« A Book Review: If I'm Jewish and You're Christian, What Are the Kids? [Part One]