Why "Meeting our People Where They Are" is Only Half the Story, If That! 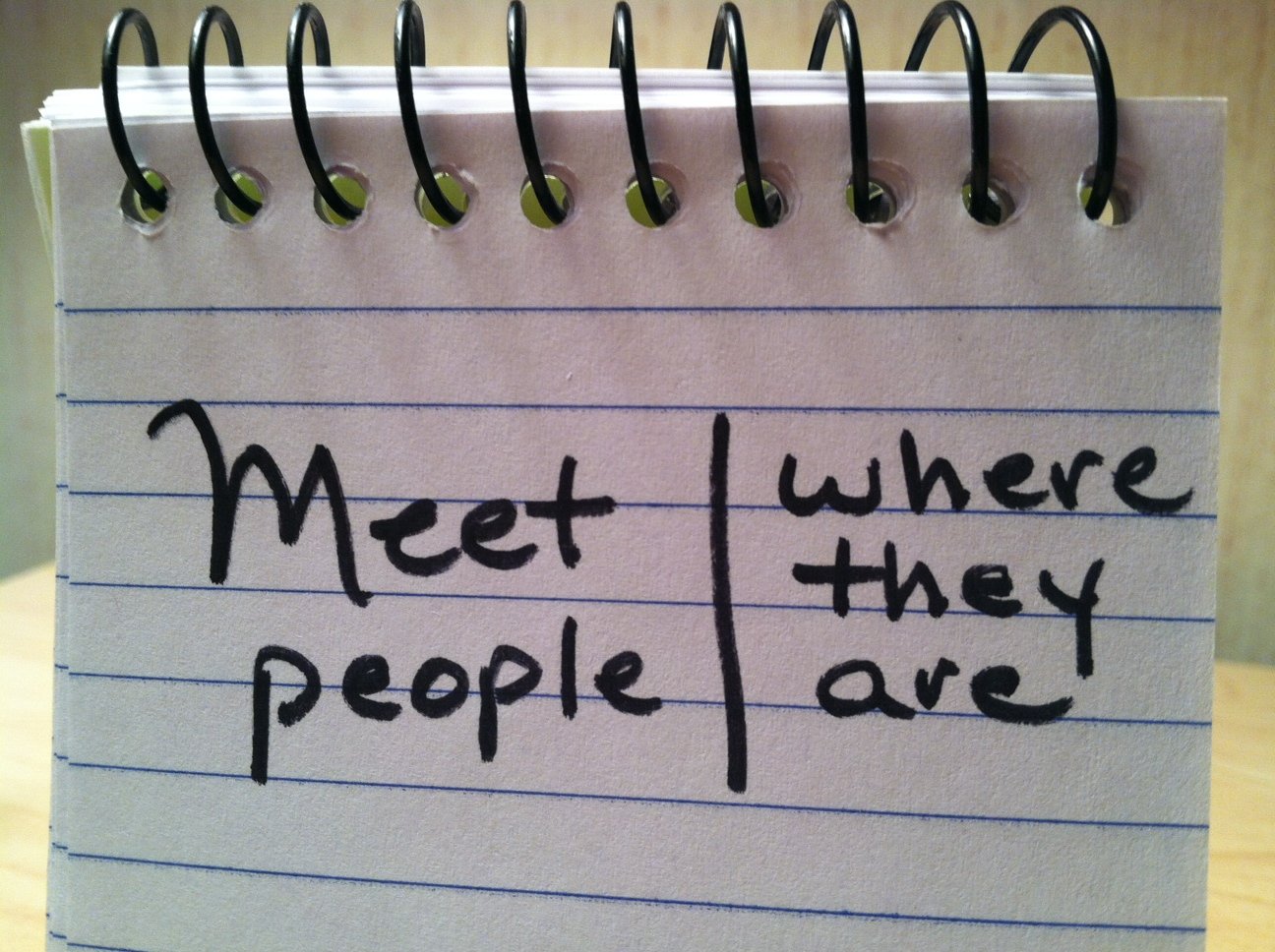 I recently attended a first class conference and participated in a panel discussion about Jewish believers in Yeshua and past, present and future modalities and trends of sharing Yeshua-faith with other Jews. As a panel participant, I felt I had to address an emphasis that emerged in the discussion—that we should be meeting our people where they are, which meant bringing a somewhat secularized, trendy and diluted religious message to a somewhat secularized people. This sounded good to some people I am sure, but not to me. A major speaker at the conference spoke of being culturally relevant to the Jewish people. While I agree, I challenged him that we must also be covenantally relevant. What a concept! And how often neglected!

Let’s begin that journey toward covenantal relevance by adding two other considerations to “meeting our people where they are.”

On this matter I recently had a long breakfast with a world class leader who is intimately acquainted with the condition of the Jewish people worldwide. He agreed with me that with the combined pressures of the rise of militant Islam and of anti-Zionism and anti-Semitism, the Jewish people are beginning to coalesce—to draw closer together and to sharpen their religious identity. Although our people may be largely secularized, this is changing, and he emphatically agreed with me that this is not where they will be. Therefore, we must prepare to meet our people not simply where they are, but where they will be. And if Jewish believers in Yeshua are not unambiguously involved in Jewish religious life, and promoting the normative Jewish values, and behaviors, we will simply be perceived to be irrelevant and even threatening outsiders.

A young leader at this conference sharply disagreed me on this, waving his hand dismissively,  “It isn’t our business tell people where they ought to go: that is their decision to make.” While this may be a trendy post-modern viewpoint, and while it won the assent of some people, I must protest. Let me give two reasons.

The first reason is that we are called to be leaders among our people. And what else is the process of leading people if it is not taking them on journey from where they are to where they ought to be? And how can we lead people to where they ought to be if we don’t know where we are going? People need leaders, and leaders need destination points toward which they are leading their people. Indeed, we should be telling our people where they need to go, that is if we claim to be leaders among them.

The second reason we must prepare to meet our people not only where they are but also where they need to be, prepared to tell them where they now need to go is the testimony of the sure word of prophecy. For example, Ezekiel 37:24 says this of the Jewish people at the end of days, “My servant David will be king over them, and they will all have one shepherd” (this means the Jewish people will serve the Messiah) “and they will walk in My ordinances and keep My statutes and observe them” (this means the Jewish people will observe Torah). Therefore, leading Jews to believe in Yeshua without leading them to obey Torah is only half the job and totally inadequate because the King is the Lawgiver and Jews cannot serve our Messiah-King without obeying His law. As subjects of the King, we should obey His Law. Saying "Yes Sir" and living " No Sir " never worked very well.

Or, we can simply wander in the wilderness. We have lots of experience with that.

Next Post
Some Theological Musings on the Recent Israeli Synagogue Massacre »