What Are We Doing With The Fabric of Jewish Life? 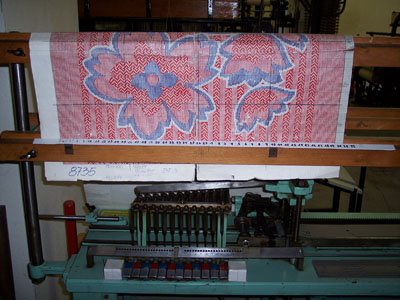 One of my treasured mentors, Dr Bobby Clinton, talks about leaders having core books of the Bible, those that have become subjects of special concentration through centrality or relevance to their work, or through personal affinity. For me, one of those core books is Devarim (Deuteronomy). Of all the books in the Torah this is the one that is most central to the development of Judaism. It is also central to my theological thought.

I am studying the book now with friends. As we were reading its first section, roughly the first four chapters, we were struck with how the Jewish people have been called to a shared way of life, rooted in the Torah, the foundational constitution of the holy nation and kingdom of priests known as the people of Israel.

Deuteronomy is a work of art, and as such, it simultaneously addresses a variety of audiences.

Robert Alter, in his translation of “The Five Books of Moses,” comments on how Moses addresses the members of his audience as if they were themselves eye witnesses to the Exodus history Moses retells here. But the text also admits that that entire prior generation had died out by this time, with the exception of those who had been under the age of 20 when the prior generation rebelled against God in the wilderness.

It should be noted that there is a purposeful ambiguity of reference and the use of the second person, whether plural or singular and Moses’s address. Most of those listening to Moses'  words could not literally have seen the things of which he speaks, but the people are imagined as a continuous entity, bearing responsibility through historical time as a collective moral agent. It is this assumption that underwrites [the thought] repeated in several variations, “Not with our fathers [alone] did the LORD seal this covenant but with us—we that are here today, all of us alive” (Deut 5:3).

You are stationed here today all of you before the Lord your God, your heads, your tribes, your elders, and your overseers, every man of Israel. Your little ones, your wives, and your sojourner who is in the midst of your camps, from the hewer of your wood to the drawer of your water, for you to pass into the Covenant of the Lord your God and into his oath the Lord your God is to seal with you today, in order to raise you up for him today as a people. . . . And not with you alone do I seal this covenant with this oath but with him who is here standing with us this day before the Lord our God and with him who is not here with us this day.

Here we find Moses explicitly naming that third of his audiences—the future generations of Israel, including myself and all other Jews throughout time. And if you are a Jew, this is you.

Robert Alter is of course right that we Jews are “a continuous entity, bearing responsibility through historical time as a collective moral agent.” And this leaves my fellow workers at Interfaithfulness with a thought about our work in our HaB'er project among Jews and intermarrieds.

We are convinced that all of us who are Jews and all the Jews we know, indeed all Jews everywhere and at every time, are collectively responsible for maintaining and strengthening the web of Jewish continuity which was handed to our forefathers at Mt Sinai, and ratified here on the plains of Moab, and transmitted from generation to generation. When it comes to preserving this treasure, we Jews we can either be part of the solution, maintaining and strengthening the weave of the fabric of Jewish life, or we can act like it is not our concern, and by that indifference contribute to the unraveling of the fabric of Jewish continuity.

We are committed to maintaining and strengthening the weave, living covenantal Jewish lives in continuity with other Jews across time.

And if you join us in thinking that this is crucial, and that dropping stitches and unravelling the weave is tragic, get in touch with us using one of the mechanisms on our webpage. Tell us something about yourself.

And if you are part of that derivative fourth audience to whom Moses was speaking, how do you think the imperative thrust of Torah differs for you than for the Jewish people for whom it is a covenantal responsibility?

Next Post
About Deepening Engagement with Your Communal Tradition »