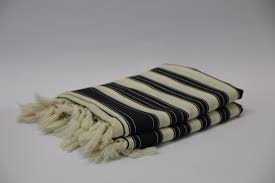 About thirty years ago I entered a period where I began making some major paradigm shifts, fundamental changes in perspective that gave rise to new questions and new answers involving who Jewish Yeshua believers are called to be, what we are called to do, and our spiritual resources and responsibilities. I am still discovering the implications of those shifts, deepening them and making other related shifts, and sharing all of this with others who have ears to hear.

The following material  describes one of the first of those shifts. And conversations with Jewish believers even now demonstrate that the material remains relevant.

See if you don't agree.

By far the vast majority of Messianic Jews, no less and probably slightly more so than the wider Jewish community, come from homes which have for generations been in transition between the old world and the new, less religious than their forbears. For nearly all Jews in the Messianic Jewish movement, whatever religious behaviors we grew up with were random and spotty, souvenirs--vestiges of a time when those behaviors and values were part of an integrated way of life, when the question, “Why do we do this?” would have received an an answer integrating that behavior with an integrated warp and weave of Jewish life.  But in our experience, such explanations were lacking, and the religious rituals or behaviors of our families of origin were, for the most part, but the insubstantial echoes and imprints left by realities far more solid, now long gone.

When people from such homes come to faith in Messiah and seek to adapt their family-of-origin experience in the service of Yeshua, is it any wonder that the identities we form seem out of balance or dysfunctional?  How can we build a functional, integrated Messianic Jewish identity upon the foundation of a misshapen and unintegrated Jewish experience?  It can't be. Therefore, consider Dauermann’s Reacculturation Principle.

Because ambivalence and uncertainty as to personal/communal identity is widespread among Jewish Yeshua-believers, we must craft and pursue an informed process of courageously reclaiming Jewish life and identity from the vantage point of our allegiance to him.  Only in this way can we adequately rediscover and reinforce our core identity as Jews, a necessary precondition to a solid Messianic Jewish identity.  I term this process “reacculturation.”

On Ambivalence and Uncertainty

Some Jewish Yeshua-believers are given to saying they are 100 percent Jewish and 100 percent Christian, identifying the former as a matter of genetics, and the latter as a matter of spiritual identity.  However, when this stance is contested, most will be forced to admit that they do not invest in their Jewish identity as much as lay claim to it. And since spiritual identity and communal/social identity are not really separable, accept for neo-Platonists, the argument does not persuade.

Other Jewish Yeshua-believers, living in the Church world, become aware from time to time that they are not living as Jews with Jews. Some feel guilty, while others feel the need to justify themselves. In either case, they testify to a certain separation or cleavage in the core of their being—to being divided somehow between their social identity as Jews and their social immersion in a non-Jewish milieu.

Some will frankly admit, “I don’t know what I am anymore,” while others will say, “ I feel more Jewish than ever.”  But of course being Jewish is not a feeling, but being part of a people that seeks to follow God together along prescribed pathways.   And wherever this participation with a people and their way of life is lacking, what is left is either denigration of those pathways, lip service to their validity, claims that these ways of life are not biblical but are "the religion of the rabbis" (as if that's a bad thing!). Others offer explanations or excuses for separation from the wider Jewish community along the lines of “I didn’t reject them; they rejected me because of my faith in Yeshua.”  Still, most will admit that they made a decision not to live in the midst of the Jewish people and their way of life because it was more comfortable that way.  And this still leaves one dissatisfied and inwardly calling one’s own decisions into question.

Not everyone will support or approve the reacculturation process. In part this is due to cryptosupersessionism, a form of lip-service to Jewish continuity which considers many Jewish identity markers and ways of life as expired, merely optional, or secondary to allegiance to the Messiah of Israel. It takes courage to risk the disapproval or censure of the cryptosupersessionists we know, as well as to pursue a path retracing steps away from Jewish life and identity formerly taken by one’s family or one’s self.  It is a path of teshuvah, that is, a sort of return and repentance.

What is involved is not simply turning to being an observant Jew, but a turning to being an observant Messianic Jew. Scripture is clear that one of the roles Messiah will play, is to bring his people Israel back to the ways of Torah (see, for example, Ezk 37:24). In the previous chapter, 36:27, we are told this turning in allegiance to Yeshua and obedience to Torah will be the work of the Spirit. Thus a Jewish return to Torah-living, life in the Spirit,  and allegiance to Yeshua should be seen and pursued as an inseparable integrated reality.

Jewish Yeshua-believers have historically tended to use language about their identities indicating a certain duality, such as those who say they are “one hundred percent Jewish and one hundred percent Christian,” or who claim to be Christians of Jewish background. But this fails to comport with reality. All of us have a core reality, related to our community of reference. The earliest generation of Jewish Yeshua believers had a unitary identity, as evidenced in a kind of thinking natural to the apostolic generation, as exemplified in Jn 1:45, “"We have found him of whom Moses in the law and also the prophets wrote, Jesus of Nazareth, the son of Joseph." These were Jews who had found the same Messiah of which their tradition spoke. There was no bifurcation for them, nor should there be for us.