The Ten Commitments: What Does a Mature Disciple of Yeshua Look Like? Characteristics 8, 9, 10 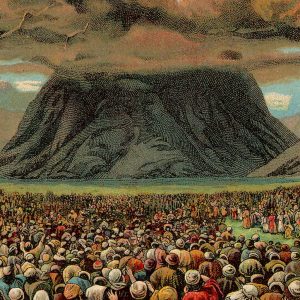 These final three items complete the list I have been developing in seven previous blog posts. These last three are not highly developed here, but the ideas are clear enough that you can understand and consider them. Please do!

As is taught in my publications Christians and Jews Together, Son of David: Healing the Vision of the Messianic Jewish Movement, and Converging Destinies: Jews, Christians, and the Mission of God, and as based on teachings in Ezekiel 36-37 and Romans 9-11, the Messianic Jewish Movement, as part of the Jewish Remnant, should be engaged in its mission of being a sign, demonstration and catalyst of God’s consummating purposes for Israel, and also be supportive of its paramission, assisting the Church in its fulfillment of the Great Commissioin,  Similarly, the Church should be avid in its pursuit of the Great Commission, and its paramission to stand with the Messianic Jewish Movement in its pursuit of the Fullness of Israel, otherwise termed “the Greater Commission,” since Paul himself terms the consequences of the fullness of Israel to be “greater riches” than the salvation of the nations.

9. A mature disciple of Yeshua will commit to the Holy Spirit’s influence cultivating the fruit of the Spirit, a godly character that feeds harmonious, holy relationships.

We are not just workers. We are persons, not God’s worker bees. We ought to reflect the Divine image in our character and relationships, depending upon and cooperating with the Holy Spirit in cultivating the fruit of the Spirit, thus feeding harmonious and holy relationships.

10. A mature disciple of Yeshua will commit to the responsibility to mirror Yeshua’s character seeking justice, loving mercy, and walking humbly through the concentric rings of your societal responsibility.

Part of the Divine image is the pursuit of justice. After all, God is the Judge of all the earth. Therefore, we cannot afford to be indifferent to societal injustice in whatever sphere in manifests, familial, communal, regional, national, international. Ours is not to be an inward faith of retreat from the inequities of life. Instead. we ought to be visible as reflections of God’s passion for social justice. In the words of Ya’akov, Yeshua’s brother, “The religious observance that God the Father considers pure and faultless is this: to care for orphans and widows in their distress and to keep oneself from being contaminated by the world.”[1]

I invite you to go back over all ten of the commitments we discussed, some at great length and see how you measure up, and see this also: "What would you add?"

Previous Post
« The Ten Commitments: What Does a Mature Disciple of Yeshua Look Like? – #7 – Commit to Familial Respect for Other Yeshua Believers

Next Post
Speaking of Tongues, or, Lashon Hora is Not a Dance - Part One »