More Thoughts on the Movement to Boycott, Divest From, and Sanction Israel (The BDS Movement) 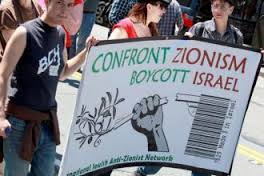 Mark Twain reminds us that "A lie can travel halfway around the world while the truth is still putting on its shoes," while  Mao Zedong said, "A lie repeated a hundred times becomes the truth." In this regard there are many lies being told about Israel in order to discredit the Jewish state and advance the purposes behind the BDS Movement. While I am certain that many who repeat these lies do not know they are lies, they are lies nonetheless, and the antidote for such lies is four-fold;

Today we will consider two areas where lies have been told concerning Israel by people in and around the BDS Movement: the accusation that Israel is an apartheid state, and arguments that Israel is engaged in war crimes and genocide. This consideration is not limited to but is informed by my reading of Jed Babbin's The BDS War Against Israel: The Orwellian Campaign to Destroy Israel Through the Boycott, Divestment and Sanctions Movement.

On Israel as an Apartheid State

Apartheid – means “apartness” – the statutory policy of the Republic of South Africa  from 1948-1989. Ths policy mandated racial segregation, reserved seventy percent of land for white use, banned interracial marriage, and controlled education of blacks. Opposition to apartheid was banned, and opposition leaders imprisoned.

Contrast this with modern Israel.

South African Judge Richard Goldstone led a United Nations Human Rights Commission to investigate allegations of war crimes committed by Israelis in the Gaza conflict of 2008–2009. In a New York Times op-ed that appeard on October 31, 3011, Goldstone wrote words that need to be read at least twice in order to wash some of the toxins of anti-Israel propaganda from our minds. Realize again that the writer is a South African jurist who knows apartheid first-hand:

In Israel, there is no apartheid. Nothing there comes close to the definition of apartheid under the 1998 Rome Statute: ‘Inhumane. . . committed in the context of an institutionalized regime of systematic oppression and dominiation by one racial group over any other racial group or groups and committed with the intention of maintaining that regime.’ Israeli Arabs—20 percent of Israel’s population—vote, have political parties and representatives and occupy positions of acclaim,  including on its Supreme court. Arab patients lie alongside Jewish patients in Israeli hospitals, receiving identitcal treatment.

To promote this lie, Hamas routinely practices “fauxtography,” photoshopped and staged photos of supposed war crimes. Numerous examples have come to light of staged photographs, such as the recent collection of “dead bodies” arrayed under Muslim burial shrouds, presented on video wherein such “dead bodies” are seen to be moving under the shrouds. This practice is just one example of the overall strategy being adopted by Palestinian militant forces in a wide variety of arenas, including that of the BDS movement, seeking to manipulate Western opinion through control of the media and selected, manufactured, manipulated imagery. This is abetted through threatening journalists, limiting what can be said and what can be photographed and the language to be used, as for example, always speaking of those killed in Gaza as “innocent civilians.” For more information on fauxtography in the Gaza conflict see “Gaza: What Could the Press Corps Have Done Differently?” at http://honestreporting.com/gaza-what-could-the-press-corps-have-done-differently/

Some seek to discredit Israel by highlighting disproportionate fatality figures in the current confluct. Philip Klein of the Washington Examiner illumines these issues and helps clarifiy our thinking in his article – “Five reasons why comparing Israeli and Palestinian death totals is a misleading way to judge the conflict.”   This may be found at http://m.washingtonexaminer.com/article/2550930

I return then to the points raised at the beginning of this blog post, and challenge us all to implement them.

How will your rhetoric with others and your response to theirs be different as a result of considering what you read here today, and found linked here to other sites? Remember, if nothing changes, nothing changes, and remember also the wise words of Edmund Burke:

The only thing necessary for the triumph of evil is for good men to do nothing.

Previous Post
« Some Thoughts on the Movement to Boycott, Divest From, and Sanction Israel (The BDS Movement)