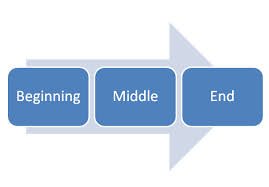 A friend of mine has asked me to officiate at a Memorial Service for her mother who was more a Humanist than in any sense formally Jewish. But the mother left directions that when she died she wanted a Memorial Service involving her children and their families, and she wanted a rabbi to preside. I was impressed to see these hand-written directions. It takes a certain bravery to write out directions about what others are to do when you die, and a certain loyalty to insist that such proceedings should have a Jewish heksher (certification).

I asked about the mother’s Hebrew name, and I got it. A good, solid, generation ago kind of Jewish name, mixing Yiddish names with Hebrew. A breath of another time and place—an old world kind of name.

When they themselves came from religious families:

When they themselves came from non-religious or even anti-religious families:

Or perhaps, whatever their family background:

So the end result is, many Jews have lost or abandoned contact with Jewish religious life and identity. So many had a Jewish beginning, and even plan for a Jewish ending, but no Jewish middle.

How, if at all, should we help such people pursue a religious Jewish middle? And why would such persons care about a Jewish middle or ending at all? Why should they return? And why should a Messianic Jew like me care?

Come back later this week and we’ll pick up on these questions and see where they might lead us.

Previous Post
« Ten Ways To Create Your Best Life Every Day, Every Week, All the Time