In Defense of All This Jewish Stuff 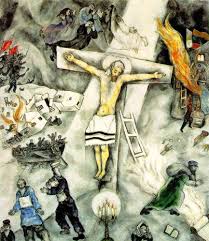 Too often I bump into people, even theologically educated Christian people, who are impatient with talk about the Jewishness of Yeshua and the place the Jewish people have in the consummating purposes of God.  Recently, someone commented that Yeshua coming to and through the Jeewish people is simply an accident of history. After all, he had to come through some people, and that he came through the Jews is nothing special.

Let's look at that for a moment. Is it really true that Yeshua coming to and through the Jewish people is simply an accident of history because he had  to come through some people, and that he came through the Jews is nothing special?

Well, there are some problems with that approach. If Yeshua had come through any other people he could not have been the Savior of the world and his coming to and through the Jewish people is not the same as his coming to any other because the Jewish people are not a people just like any other. He is the Lion of the Tribe of Judah, he is the King of the Jews, he is the Son of David, he is the One in whom Israel's status as the covenant bearing nation, [for the sake of all, yes], is epitomized and he is the One in whom God's purposes for Israel and the nations moves forward to its consummation.

In Isaiah 49 he is to be the Israel within Israel, in the words of Will Herberg, "the one man Israel." Read this passage carefully and chew on its glories without spitting anything out. You will see that the Servant/Messiah is on the one hand called "Israel," and on the other hand has a ministry to Israel and then beyond to the other nations as well:

Listen to me, O coastlands,and give attention, you peoples from afar.The Lord called me from the womb,from the body of my mother he named my name.He made my mouth like a sharp sword;in the shadow of his hand he hid me;he made me a polished arrow;in his quiver he hid me away.And he said to me, “You are my servant,Israel, in whom I will be glorified.”But I said, “I have labored in vain;I have spent my strength for nothing and vanity;yet surely my right is with the Lord,and my recompense with my God.”And now the Lord says,he who formed me from the womb to be his servant,to bring Jacob back to him;and that Israel might be gathered to him—for I am honored in the eyes of the Lord,and my God has become my strength—he says:“It is too light a thing that you should be my servantto raise up the tribes of Jacoband to bring back the preserved of Israel;I will make you as a light for the nations,that my salvation may reach to the end of the earth.”Thus says the Lord,the Redeemer of Israel and his Holy One, to one deeply despised, abhorred by the nation,the servant of rulers:“Kings shall see and arise;princes, and they shall prostrate themselves;because of the Lord, who is faithful,the Holy One of Israel, who has chosen you.”

I live across the street from one of the greatest  systematic and historical theologians of the 20th/21st century, Dr. Colin Brown, now well up in his eighties, and still researching and writing. He commented to me about six weeks ago how the Church has from very early on not only neglected the Jewishness of Jesus, but sought to suppress it. He says this has been a litany of his for many years. For me to state this is one thing, but for Dr. Colin Brown, who was asked by InterVarsity Press years ago to write a history of Western Civilization to say this, is quite another. Dr Brown is a polymath, a person whose expertise spans a significant number of different fields.

God's continuing and foundational work with the Jewish people is the root that supports God's work among the other branches of the human family. The Bible is clear that in the sovereignty of God the Jewish people are not just like any other nation. "This is a people that dwells apart that shall not be numbered with the nations." Gentile pagans can only become part of the people of God if and as they become part of the Commonwealth of Israel, and  Yeshua is, as John 4: 26, 29 and 42 reminds us BOTH the Messiah/King of the Jews and the Saviour of the World. And earlier in the chapter Yeshua reminds the Samaritan woman "we worship what WE [jews] know, for salvation is of the Jews." It still is. And he remains the Son of David, and only THUS the Savior of the world. This is how I put this in my monograph, Son of David: Healing the Vision of the Messianic Jewish Movement, which is available through the Interfaithfulness website.

Examine the church’s artistic and literary legacy and you will detect amnesia concerning the Jewishness of Yeshua.  Instead, the church embraces a generic Christ, the cosmic Savior, the Man for Others, a Metaphysical Hero, a Chameleon Redeemer who blends in perfectly wherever he is found. In its paintings, icons, weavings, drawings, and sculptures, the church in every culture makes Jesus over in its own image.  You will find the Gentile Christ with the aquiline nose, the rugged white Anglo Saxon Marlboro Man Christ, African and Afro-American Christs, Asian Christs, often in Buddhist postures of meditative repose, Indian Christs looking more Guru than “Jewru,” Swinburne’s conquering pale Galilean, Mexican Cristos twisting in crucified agony, and various designer Christs, tailored to fit each consumer culture.  Somehow the church lost sight of what was so obvious to the Samaritan woman: Jesus was, is, and evermore will be a Jew.

Orthodox Jewish theologian Michael Wyschogrod lays out for us the nature and persistence of the chosen status of the Jewish people:

This election (of Israel) is that of the seed of Abraham. A descendant of Abraham, Isaac, and Jacob is a Jew irrespective of what he believes or how virtuous he is. . . . Nowhere does the Bible tell us why Abraham rather than someone else was chosen. The implication is that God chooses whom he wishes and that he owes no accounting to anyone for his choices.

If Wyschogrod is correct, then in this 21st century of its existence, the church will have to learn to stammer such strange syllables. Otherwise, she cannot walk with the people of Israel, nor can she truly walk with God.

Jean-Marie Cardinal Lustiger makes this point clearly, speaking of the church’s election as enfolded within that of Israel:

God chooses, among all the pagan nations, sons and daughters who, through faith in Christ . . . henceforth share in Israel’s election, grace and mission . . . (and) through and with the crucified and living Messiah . . share in the filial adoption promised to Israel.”[2]

Far from being embarrassed or apologetic on the matter, the biblical text highlights the arbitrariness of Israel’s election: “It was not because you were more in number than any other people that the LORD set his love upon you and chose you, for you were the fewest of all peoples; but it is because the LORD loves you, and is keeping the oath which he swore to your fathers.”[3] Later, Paul will confirm this thrust, highlighting that Jacob was elected instead of the older Esau “though they were not yet born and had done nothing either good or bad, in order that God’s purpose of election might continue” (Ro 9:10-11). Again highlighting the counter-intuitiveness of God’s election, Paul will show how even in their stance as opponents to the gospel of God, Israel remains beloved for the sake of the fathers, because the gifts and calling of God are irrevocable (Ro 11:28-29).[4]

Markus Barth blows away the fog that often clings to these issues.  His words on the matter are a worthy template for our own, exhibiting a clarity of thought that somehow eludes many:

It is God’s prerogative to decide who is God’s people. This people is constituted by God’s choice and promise alone; it is sustained by his faithfulness and power, judged by his righteousness, pardoned by his mercy, and made complete for his honor. Its characteristics and identity, therefore, are not determined by the inclusive or exclusive self-consciousness of either Jews or Christians, except perhaps by the recognition common to both—that each of them is utterly unworthy to belong to this people.[5]

While it is difficult to disagree with Markus Barth here, many in the church have their heels dug in. Why this is so will have to wait for a later posting.

Portions of this post are from my forthcoming book, Converging Destinies: Jews, Christians, and the Mission of God. Therefore please remember what is always true, this material is ©2013 Stuart Dauermann.

[4] Against such a background, it is remarkable that the Reformed (Calvinist) stream of Christianity has historically been at the forefront of supersessionism, postulating the cessation of Israel’s elect status. You would think that the wing of Christendom that most stresses sovereign election, would have the least problem with Israel’s continuing election. However, such is not the case. For a thorough treatment of Reformed supersessionism, anti-Judaism and anti-Semitism by a committed Reformed scholar, see Barry E, Horner, Future Israel: Why Christian Anti-Judaism Must Be Challenged (Nashville: B&H Academic, 2007). Horner traces supersessionism and its anti-Judaic, anti-Semitic spawn back to the Patristic period, and especially to Augustine, whose views became formative of the Western theological tradition.

9 comments on “In Defense of All This Jewish Stuff”

Previous Post
« Lessons from Sinai For The Messianic Jewish Movement