FAQ/Q&A Fridays: If the Messiah Has Come, Why Are Things So Bad? 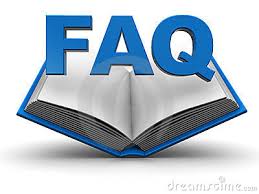 My friend Michael asked this question in a Facebook discussion of one of my blogs this week. I promised to respond on my FAQ/Q&A Friday blog, and here it is. And again, his question was, "If Jesus is the Messiah then why do things seem to be getting worse and worse?"

There are variations on this question but they are all predicated on a fundamental assumption that is all the more powerful because it is subconscious. It is also false.  Here is the assumption.

When the Messiah comes he will bring instant utopia.

Where we got that assumption, I don’t know, but if you will think about it, you will realize that it is the prevailing view. But again, it is false.

How do I know it is false?  For me a significant clue is found in a two letter word in chapter 42 of the Book of Isaiah. The word is עד and it is pronounced “odd.”  In this case its meaning is “tlll” or “until.”  Here is the passage from Isaiah 42 where it is found.

Behold my servant, whom I uphold,

my chosen, in whom my soul delights;

I have put my Spirit upon him;

he will bring forth justice to the nations.

He will not cry aloud or lift up his voice,

or make it heard in the street;

a bruised reed he will not break,

and a faintly burning wick he will not quench;

he will faithfully bring forth justice.

till he has established justice in the earth; ad yasim ba’aretz mishpat

If you will just pause for a moment, you will see that this passage, which is taken to refer to Messiah, speaks of a Messianic Process, not simply a Messianic Moment. The coming of Messiah is not presented in Scripture like some eschatological Big Bang that instantly transforms everything, like the terraforming stunt we saw in the Star Trek saga "The Wrath of Khan." No, although we don’t know as much about Messiah as we would like, and although differences of opinion abound about him, one thing is clear: there is a Messianic Process. Not only that, the world is not chopped liver: the reactions of humanity to God’s initiating the Messianic Process have a lot to do with what happens when.

At the beginning of everything, we read that God said “fiat lux—let there be light” and there was light.  With the Messianic Process, it is not simply a matter of divine fiat. And this helps explain the reasons for my friend Michael’s disappointment.

The sages of Israel both ancient and modern have spent much time discussing the time of the Messiah’s coming, signs of that coming, how we might expedite his arrival, reasons for his delay, and related matters. Dr. Michael L. Brown comments on some Talmudic passages on these matters. One is found in the Babylonian Talmud. Tractate Sanhedrin 97a-b.

The Talmud was saying that the Messiah was supposed to come about 2000 years ago!  Rashi put it this way:

After 2000 years of Torah, it was God's decree that the Messiah would come and the wicked kingdom would come to an end and the subjugation of Israel would be destroyed.Instead, because Israel’s sins, “the Messiah has not come to this very day” almost 2000 years later.

That is of course a fascinating comment. What I wish to focus on now is this: the sages of Israel realized that the coming of Messiah was not simply a matter of divine fiat, but that the condition of the world at large and of God’s people Israel would influence how and when things panned out.

But there is another story which touches directly upon my friend Michael’s question. The story involves Elijah ben Shlomo Zalman Kremer of Vilna, better known as the Vilna Gaon, an extraordinary Jewish scholar of the l8th century, who comments on a story about another famous sage named Yehoshua ben Chananiah who got into a dispute with some Athenian elders who, apparently knowing this story about the three sets of 2000 years, sought to taunt him. The Gaon's reading on this was that these elders were unaware that another tale in the same section of the Talmud says that the Messiah would not come until all of the government had turned to heresy. The Vilna Gaon saw this as meaning that the Messiah would not come until there was a worldwide turning away from God. He also said that indeed the Messianic Age had begun about the time of Yeshua: although the Jews had not merited Mashiach’s coming by their deeds, nevertheless the Era of Mashiach had indeed arrived at its appointed time.

In other words, God began a process of giving the human race over to its spiritual darkness and sin so as to eventually bring it to a place where “mankind will realize that the only way to convert itself back into a true human, God-like being filled with wisdom, love, kindness, and an exalted spirit, is by the acceptance of God’s dominion.

Again, the rabbis recognized, and Scripture gives hints, that history’s dealings with Messiah are not going to be over in one Big Bang, but rather that human response, and sadly, human sin, are going to either hasten or impede  the timing of the consummation of all things, but not its certainty.

What is the bottom line then, at least for this blog, which is sure to be continued? It is this: our experience of the Messianic deliverance and transformation is affected by human response to the Messiah.  When he first came, "He came to his own and his own did not receive him."  But God knew this, and used this non-response, in the main, by the Jewish people, for the well-being of all. As Paul said, "A hardening in part has happened unto Israel until the fullness of the Gentiles has come in," and as Peter said, "The Lord is not slow to fulfill his promise as some count slowness, but is patient toward you, not wishing that any should perish, but that all should reach repentance." The delay of the fullness of the consummation is a problem, a frustration, and Paul fully expressed this very Jewish and very real dilemma when he said this about the waiting inherent in the Messianic Process:

For I consider that the sufferings of this present time are not worth comparing with the glory that is to be revealed to us. For the creation waits with eager longing for the revealing of the sons of God. For the creation was subjected to futility, not willingly, but because of him who subjected it, in hope that the creation itself will be set free from its bondage to corruption and obtain the freedom of the glory of the children of God. For we know that the whole creation has been groaning together in the pains of childbirth until now. And not only the creation, but we ourselves, who have the firstfruits of the Spirit, groan inwardly as we wait eagerly for adoption as sons, the redemption of our bodies. For in this hope we were saved. Now hope that is seen is not hope. For who hopes for what he sees? But if we hope for what we do not see, we wait for it with patience.

God is engaged with us in the Messianic Process, a process where we now have a foretaste of the age to come, and have tasted of the powers of the age to come, while still living in the current age. And the responsiveness of humankind is also a factor in expediting the return of Messiah, just as He said, “. . .I tell you, you will not see me again, until you say, ‘Blessed is he who comes in the name of LORD,” and Peter picks up on this too in his Second Letter, chapter three:

Since all these things are thus to be dissolved, what sort of people ought you to be in lives of holiness and godliness, waiting for and hastening the coming of the day of God, because of which the heavens will be set on fire and dissolved, and the heavenly bodies will melt as they burn! But according to his promise we are waiting for new heavens and a new earth in which righteousness dwells.

Next Post
"See What I Mean Sundays" - What Kind of Jesus Are We Talking About? »