A Book About House Churches, Visionary in Some Ways, Short Sighted in Others 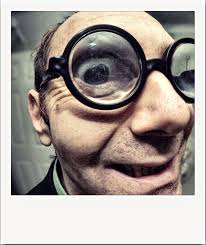 As currently conceived, this blog is a depository for more "crunchy" thinking and writing than my other on line venues, including but not limited to reviews of books I am reading. Currently, my reading is in the service of a book I am writing, Show Me The Way To Go Home, which will process life experience of nearly fifty years ago, research of thirty years ago, ongoing research now, and plans for servicing a network of havurah/house church hybrids, That is currently gaining momentum.

As is my habit, I do a lot of research when investigating a new possibility, research not only for myself and my venture, but also for those who care to know. In the process I will read books with which I agree in large measure, in small measure, or even not at all. This one falls somewhere between the first two categories.

This work is Houses that Change the World: The Return of the House Churches  (OM Publishing), 2001, by Wolfgang Simson.

At the time of his writing this book, Wolfgang Simson was a strategy consultant, researcher and journalist within the DAWN International Network. After working as a social worker and taxi-driver in Stuttgart, Germany, he studied theology and mission in Switzerland, Belgium, and the USA, and traveled extensively to research growing churches and church-planting movements.

Simson believes the house church is the necessary and sufficient means for multiplying communities of the Christ-redeemed throughout the world in such a manner as will maintain pace with population growth.

“Revival and Reformation truly start with the complete rediscovery and reconstruction of the core essence of the church, with New Testament DNA, the genetic code of God, supernaturally empowered with growth potential from within (Mk 4:26).  This spiritual seed material is, like any grain of wheat, equipped and able to develop its own appropriate structures from the inside out, without instruction from outside; it simply unfolds itself according to a creational blueprint within; it unzips.  Its soil is the soil of nations and people groups. The result of this incarnation, at least in New Testament Times, was a house-church movement, that swept through the city of Jerusalem like yeast in dough, or like an unstoppable virus, in maybe less than two years” (2001:14).

Perhaps mirroring the practice of fellow German, Martin Luther, Simson prefaces his book with a set of theses, in his case, “Fifteen Theses Toward a Re-Incarnation of the Church.”  This very name is significant, as it demonstrates his core conviction that it is only by recovering and reinstituting the house church model that existed for the first three Christian centuries that we may successfully multiply communities of the redeemed throughout the world, communities which he views to be like shop-windows into the Kingdom of God, to be found in every locale and neighborhood.

Chapter One outlines the need for such a model, while chapter two provides a brief history of house churches. Here, and repeatedly throughout the book, Simon reveals his contempt for lirturgical life and clerical formalism, with little or no appreciation and patience for the historical church as it evolved.  In Chapter Three he examines “The Nature of House Churches: What they Are and How They Evolved. His Chapter Four discusses the Five Fold Ministry which services the house chuches he envisions, which house churches are led not by a Pastor (a term he points out is only once mentioned in the New Testament) but by an Elder. (Here, I agree with him). The Five Fold Ministry is that of Apostle, Prophet, Evangelist, Pastor, Teacher, and all of these enriching and guiding functions are strengthened and maintained by the Five Fold Ministry, especially through some sort of apostolic team.

In Chapter Five he contrasts the House Church with the Cell Church, favoring the former as being more independent, therefore more mature and less dependent than the cell church model. Chapter Six speaks of the house church as a “persecution-proof structure” due to its decentralized nature and low profile. This is crucially important in some parts of the world.

Beginning in Chapter Seven, he concentrates more on implementation and less on theory. Chapter Seven and Eight remind us that there is “No Progress Without Change,” and that “All Change is Practical,” warning us that the house church is almost sure to fail if it involves putting a new patch on an old garment. There needs to be newness, a clean start of some sort. And here he outlines some ways that may be done, whether successfully or unsuccessfully. Chapter Nine speaks methodologically of the sequence of Quality-Structure-Quantity, which he presents as the necessary sequence of thought and planning. In Chapter Ten he speaks of fathering as the permeating leadership training model for leaders and Five-fold ministers serving these house churches, while in Chapter 11 he examines five different methods of church-multiplication consistent with the house church model. Chapter Twelve ends the book, examining how to build national momentum behind such a project. .

This is a most useful book to advance my thinking about house churches, havurot, and the hybrid growing out of them. It is well organized and in the first three quarters of the book disciplined and lean in how things are stated. Later in the book he waxes rhapsodic too much about the spiritual state of the world and the need for the model. He could have used a good editor.

I agree with him to a major degree, with the chief exception being his anti-ritualism and anti-clericalism combined with what I believe to be a naïve reliance upon guidance from Above whenever the house church (or in my case, havurah)  meets to worship, pray, and be together. I think matters need a bit more structure and on the ground guidance than he mentions here.

Perhaps some of you now wish to read the book. I have given you a good summary of what it has to say. And if you don't choose to read it, perhaps I saved you some time!

3 comments on “A Book About House Churches, Visionary in Some Ways, Short Sighted in Others”

Next Post
Antisemitism Is In The Air: Can You Smell It? »